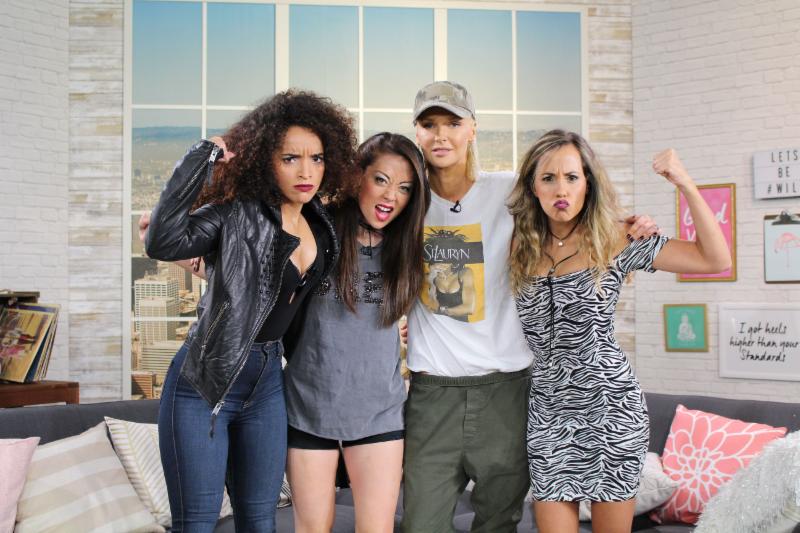 “I am super excited to show a different side of me,” Magdalena Mielcarz shared with the “Get, It GIrl! all-girl hosts. For Magdalena’s fans, her new music release in the United States is receiving a lot of buzz in the industry and available wherever music is sold and streamed now.

As an expat from communist Poland, she first acquired notable fame as an actress and fashion model in Europe covering numerous fashion magazines such as Elle, Instyle, Cosmopolitan and launching a dream contract with the iconic French brand L’Oreal Paris, 2001—2008.

Magdalena, the recording artist, launched her music career in 2012. Her biggest hit, Drown in Me, was played on radio stations all over Europe. Her raspy, tonibraxtonesque vocals came as a positive surprise, as did the unique, throbbing groove of her music; a slick mix of Indie-R&B-meets-Pop, delicately laced with a searing erotica.

Formerly signed with Universal Records-Poland, Magdalena has now released her Indy debut single, here in the U.S. “One of my favorite bands is Massive Attack.” (OK–another shock! The award-winning Euro-band known for its tortured, lusty sound.) Suddenly, her music makes sense. She co-writes with veteran producer, Jens Gad, founder of Enigma, the European mega-band.

Magdalena, grew up in Communist Warsaw, Poland, and all that this implied. “Everything was gray. The sky, the buildings, the censorship,” she recalls. “We coped with life behind the iron curtain by holding onto music and the arts, as tightly as we could. The arts and music connected us to the outside world.”

In 2012, Glamour Magazine readers voted Magdalena Woman of the Year. She hosted the Voice of Poland, a popular franchise TV show airing in her home country, to resign after 2 years and move on to pursue her own music career.

Listen to “Sister Army!” on iTunes